Music For The Masses

When did you start getting into the local music scene? Do you remember your first local show? All ages show are great ways to get young fans of music together. And no venue better than the Tom Lee Music Hall. Great stage, great sound and great lighting means a great show. 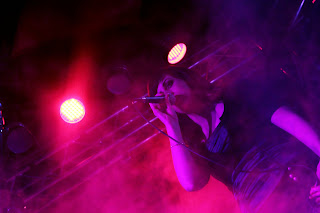 First to hit the stage was The Shrugs their drummer was trapped in White Rock and unable to make the show so they played an acoustic set. Fantastic voice, very full and powerful. Great bassist and guitarist, but the acoustic was buried in the mix and barley audible. Sound cool originals but a great cover of Grenade by Bruno Mars which i caught on film. 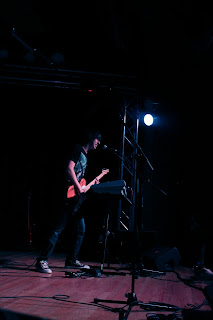 GreenTree puts on a show. Almost like musical theatre. Their set has been worked into a form of musical entertainment that is fit for the masses. Starting off with the lone drummer just chilling, his band members slowly come on stage to join him and then they rock out. The fact that most of the members sang just blew me away. Harmonies and counter melodies have been carefully worked out for each member. During one song their drummer came forth and sang a duet with the lead female singer. Fantastic, just fantastic. Give them a few years and they will be a force to be reckoned with. 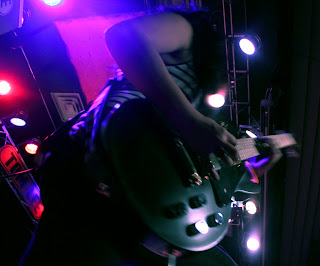 Bullets In Overdrive hit the stage next like the ice burg hit Titanic. They sounded great, they looked great, they played great. One of the tightest sounding and looking bands I've seen in a long time and extra credit for being young. The lead guitarist shredded licks over her head, upside down, all white headbanging, a true idol for aspiring female guitarists. Same to be said with the bassist. Who ever said female musicians play softly should just look at BIO. Solid vocals from their lead singer. Tight drumming. The whole band worked as a unit and commanded the stage from start to finish. I would book them in a bar venue in a flash once all members are legal. 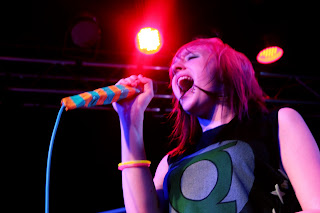 Kieren Strange and I managed to have a few words before she took the stage about her upcoming album and twitter frenzy and what not. Such a strong personality that is only amplified the minute she took on step into the spot light. She could be just as happy playing for a small room as she would be playing for a sold out stadium and her set would have not diminished at all. A born performer.

Sadly i had to depart before the show ended to hit another show (review coming up!) But i heard that Bell Tower Dreams put on a great show as usual!