A Night Of Faces and Places

SASQUATCH is a festival of music in George, Washington (USA) that features artists such as Trailer Park Boys, City And Color, K-OS, to Death Cab for Cutie and Foo Fighters. Along with a number of local bands.  Social City Networking along with 30:Live have teamed up and brought Road To Sasquatch with a few of the acts to play a show at the Cobalt. You could win a pair of tickets for 4 day festival passes if you were lucky to have your name pulled out of a bucket. It was definitly a great night. 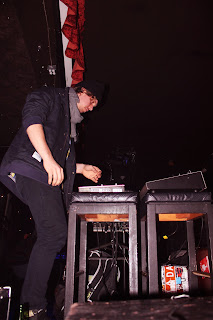 The night opened up with Autacoid a lone man working synths, loop and drum machines. Laying down some nice melodic electronic music. Setting the mood for the rest of the night. But aside from a few females shaking what their mother gave them, the dance floor was pretty empty. 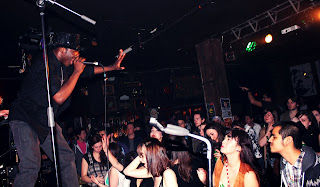 Panther & The Supafly took the stage next unleashing their hiphop funk tear through the speakers. Having just seen them rock Robson Square downtown i was excited to see their stage presence was just the same if not better having an actual stage to play on. The crowd moved up and danced so their funktastic grooves and rhythmic lyrics. A very solid performance yet again. 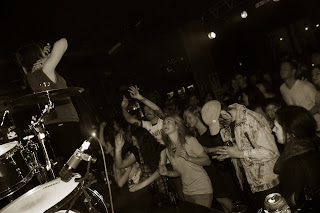 Keeping up the funk/electronic feeling of the night Piper Davis jumped up to the stage and had the crowd jamming out to their tracks in no time. The leader singer had a great voice and was very personable with the crowd. With a hidden DJ behind them the band was tight and locked into their grooves. 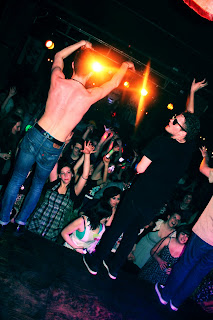 Mad Rad lived up to their name as they finished off the night with just a killer set! Born performers they dominated that stage. There is no doubt in my mind why they are playing Sasquatch. They're performance rivals that of stage veterans like K-OS. I wish I could see them command the crowd at the festival. Everyone left the show with a smile of satisfaction on their faces.