Another night at Joe's Apartment! Great venue. Thanks to the sound guy for letting me record his audio as well as live audio. This night 3 rock and roll bands took the stage for a lively Friday night. 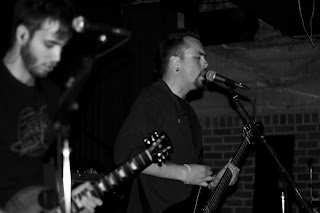 Ive seen the grand before at the Cellar Nightclub. It's truly the little things that make a show great, the sound has to be great, the lighting has to be great, and the band has to play great. Sadly this night didn't shine for The Grand. The sound guy was nowhere to be found when they started off their set. The guitars were uneven, the vocals were totally dry (no effects), the kick drum was buried under everything so the sound wasn't the greatest. The lights weren't even turned on. The stage was super dark which made the whole scene look odd. The band played solidly but you could tell they just had a hard time getting into it as their fans were unsure of what to think. Only a few people were up front at the beginning and dwindled off to the sides during their set. From being in a band in know its hard to get into your songs if your fans aren't responding back. Solid set, but not as good as it could have been. 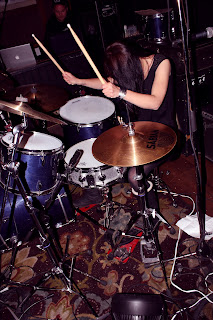 By the end of The Grand's set they had the lights turned on and the sound right just in time for the next band, Between Takes. Ive seen Between Takes before and they didn't fail to disappoint. Catchy licks, solid vocals, great baselines. Some very cool guitar effects. I just wasn't feeling the singer, he sounded almost bored. A very tight band who definitely rocked the stage. The drummer was fanatic though, she looked like she was having the most fun in the world and I loved watching her rock her kit. Id recommend them anytime! 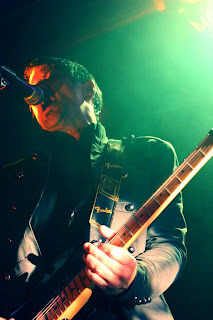 The last band stole the show though. Straight up. Liftoff took things up a whole level. Just stage charisma. Super catchy lyrics and melodies, I found myself singing them after just hearing them once. They had a very Greenday sound which a lot of original flare. An amazing voice, totally on pitch, amazing tone, and lots of emotion. Great harmonies at the perfect times to really add to the songs. Very solid band! The whole band just had so much life and energy through their whole set. I was sad to hear their last song of the night. Go check out this band!


To see pictures from the night click
HERE
Posted by Hammer Records at 11:29 AM