Hardcore is very much alive and kicking in Vancouver and Rose and I were proud to go support the scene at a little known venue called the "W2 Media Cafe". At the name i expected a small venue but was impressed when I entered a huge cavernous room. A decent sized group of fans were moshing to this wall of sound created by the first band. Special thanks to Lynzaii Mae the promoter for having Hammer Records out. 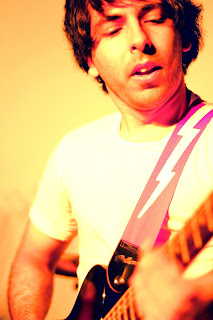 The first band by the name of Anchoress totally blew the lid off that place with their tight energetic riffs and screams. The drums were pounding away as if the world was ending and the crowd agreed and moshed like there was no tomorrow. One of the only local bands on the bill they proved to be a great warm up to the night. Getting the room nice and hot for the bands to follow. 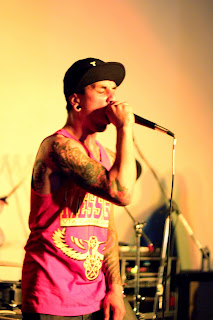 While we were interviewing the first band we missed the start of the set of the next band, Deadbeat, and sadly my camera batteries died so we had to run to the car to get the charger and ended up missing most of the set. The 2nd local Vancouver band. But from what we caught it was super heavy sound. Great players. Sad to have missed most of their set but will be checking them out at their next show! 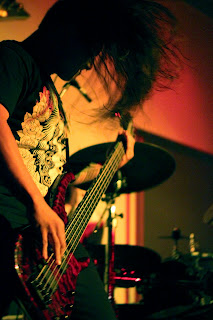 Keeping up the rage was Molotov Solution played a super sick set. Every band i find has one guy truly committed to the cause and the bassist seem as if his whole life was dedicated to the scene. Slapping his bass like a naughty hooker. The singer put on a great show as he made his rounds up on stage. Even trading off screams with the singer from Anchoress during one song. The crowd received it well and headbanged passionately. Great set. 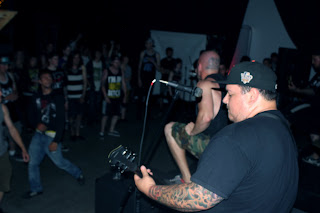 The last band all the way from down in California were Lionheart. Very dynamic band. The songs sounded very epic and I bet the album sounds amazing. Every member of the band looked like they had lived the scene their whole life. Great stage presence from each band. Really getting the remaining crowd hyped and definitely woke up anyone sleeping in the audience with their bombastic metal. Starting a number of circle pits and the crowd was the most enthusiastic, dancing, punching, moshing, and thrashing like possessed demons.  Great way to end the night!

Thanks again for Indiestar and all the bands for putting on a great night! Videos of all the sets coming soon!

Click for photos:
HERE
Posted by Hammer Records at 1:27 PM