8 Bands, 1 Amazing Venue, Great sound, Good drinks, plus a great cause means a great night! Thanks to all the bands Depressing, Anion, Abriosis,  Weirding, Galgamex, Ancients, Black Wizard, and Titans Eve. Thanks to all the sponsers! Such an epic night of metal! Wasted Wednesday! 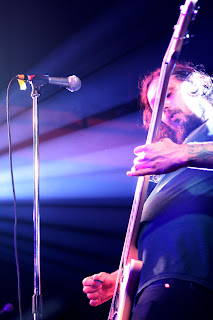 Due to work at the studio we ended up late and caught Weirding halfway through their set. Great stoner metal riffs. Nice and sludgy. Nice and full sound. Super tight drumming and very melodic and catchy riffs. Vocals cut through nicely. Each riff building and changing into something new. Sick Band. 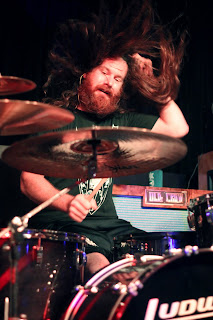 Galgamex rocked the stage next, playing their whole set with two guitars, drums and vocals. Very tight riffing. Two amazing shredding guitarists. Just melted faces. The drummer had hair that flew around him like a demon as he wailed on his kit. The singer roamed the stage as if he had ADD and headbanged like a madman. Great stage presence as he roared and screamed and even spit at the crowd. Sadly his vocals were buried under the guitars and you could bearly hear his epic screams. 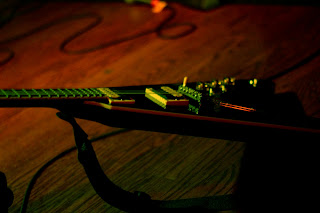 Ancients had an amazing sound. Very melodic but super heavy. Reminds me a lot of Mastadon. Loved their sound. Great players. Progressive metal but loved it. Perfect bass riffs to keep the feeling. Long vocals over chugging riffs. Not much else to say, super sick band. Be sure to check out the video coming soon. Id love to go see them again. 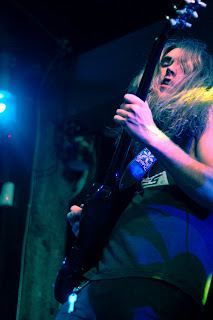 Black Wizard is one of my favorite Vancouver bands so far. So genuine to their music. They live the life are tales told by greats such as Metallica, Guns N Roses, Motely Crue, such as living on bearly anything for the love of music and epic partiers. Their music reminds me of Black Sabbath mixed with Iron Maiden with hints of Judas Priest in there. But such an Kyuss feel as well. After some minor technical difficulty they started underway. With a new guitarist I hoped they had maintained their sound and was excited to hear they had not only maintained but improved their sound. Heavier, dirtier, with a slightly more shred feel. Good set! I hear after their next show they are going to take a break and write some more! Stoked! 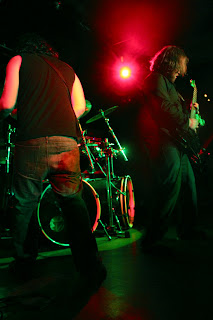 To wrap up the night was Titans Eve. Just having been on a 2 month tour they were ready to rock the home stage for a good sized crowd of dedicated followers. Amazing band. One of Vancouver's tightest metal bands I've seen. Sick riffs, catchy choruses, epic solos, pounding basslines, and.. amazing drumming. As the video is coming showing Casey Ors skills on the skins as he does an amazing drum solo before they launch into "Immortal". Reminds me a bit of Children Of Bodom mixed with Motorhead. Sick Set!

Thanks again to all the promoters/sponsers/and fans who made this night possible. An audio interview with the leaders of that night will be posted on the next Hammer Radio so stay tuned and STAY HAMMERED

To See All the Pictures:
HERE
Posted by Hammer Records at 4:04 PM