Dancing Is Similar In Every Country 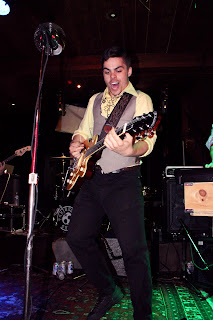 Hailing from Montreal ska scene, The Fundamentals, they had a small crowd to warm up but proceeded to just groove out! The guitarist looked like he didn't care if he was playing for 5 people or 500 people. His guitar playing reminds me of Chuck Berry. I was a little disappointed with the female singer. I kept expecting her to warm up to the crowd but she seemed a bit cold. The sound was a very classic old school ska sound. Sounded very east coast, which is understandable, but a new "feel" to me. Sounded great! Very homey kind of a sound. 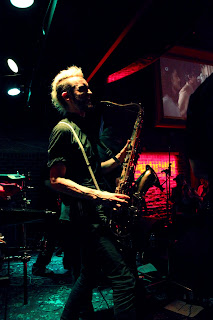 Which is a total opposite of the next act, one of my personal favorites, Rude City Riot! Taking ska to a whole new level. They call it PowerSka, good old ska with rock infused together to deliver a powerhouse of sound aimed at your ears! Just having released a new album they had a bunch of new tunes ready to rock as well as their usual standards. Each song a new groove, catchy chorus and a unique way at looking at life, love, or kung fu. All around good stage presence with some great little tricks up their sleeve. Be sure to catch them live one day! 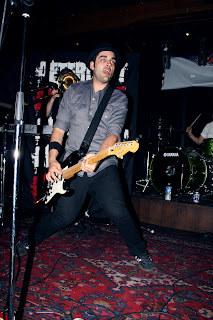 The Afterbeat was next. All the way from Winnipeg. Adding a little more edge to ska than I've heard in a while. Small influences of punk mixed in as well this definitely made an interesting combination. Very tight sound. Full of power and piss and ready to take over the world. Very dynamic sound. Wish the guitar either had a couple of effects for the solos or something, sounded a little too empty. Very simple riffs and solos which works but wish it was a bit thicker. Great sounding band though. 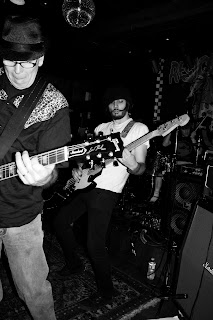 The problem with being the headliner is usually people have to go catch the sky train home before 1am. And being out of town and not knowing that happens is even worse. Trying being from out of the country and not knowing! So sadly The Resignators had a small of dedicated ska fans to play too they still rocked as if they were playing a stadium. I was one of the people who had to leave for the sky train but i stayed for as long as i could listening to their fantastic tunes! After I wrapped up the audio gear they played a great Spanish flavoured tune which made my heart soar! Good luck on the rest of the tour!