So Ive never been a fan of Supernova. I've played at three of their shows, and seen countless band get ripped off by them. First off, no money goes back to the bands and at 12 dollars a ticket... that's a lot of money. I know its not cheap to put on a show but some of the productions of the shows just shows you how much money they are putting back... no impressed. Secondly I know at least 2 bands that have "won" the big prize and have yet to receive anything. What is up with that? So that being said, it is a great venue for underage bands to play. Normally all ages show are hard to set up and hard to get a crowd and such. And i know young bands don't know where to turn and don't have the connections to put together a show themselves. But i think another form should come forth. Get rid of this Supernova. But thats just my thoughts. 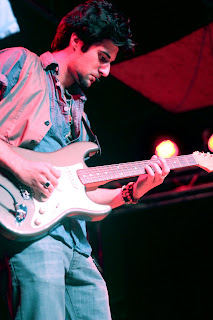 I only came for a few bands and was shocked when i entered the room. It was full of chairs and people sitting, like a piano concert. I can see why chairs are nice when you have parents who want to watch. But it definitely takes away from the "show" kind of vibe. So first i saw was Community Trees. And indeed tree'sy they were. Sounded good but the whole banjo vibe just wasn't doing it for me. Talented voice, but just there isn't much of a scene out there for this type of music. But who knows, maybe they will create one. 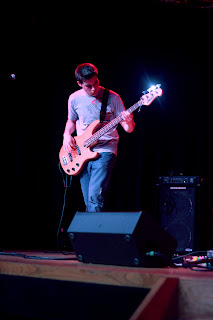 Up next was Plastic Soldiers. Weird name so i didnt know what to expect but they were amazingly talented for their age. I can tell they are jazz influenced. Songs were very progressive but still maintained structure which i enjoyed. My favorite was their final song. Definitely worth to check them out. I could see they were raised on classic rock. Not much hint of modern rock in their sound which was something very pleasant to the ear. Give them another 10 years and they will be amazing! 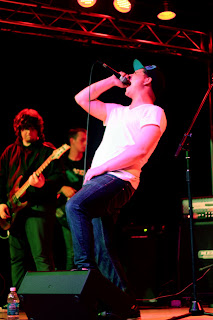 Split Theory was a whole different beast all together. With a very Avenged Sevenfold vibe they blew the crowd away with their heaviness. I loved seeing shocked faces on some of the older more conservative crowds faces. They had a group of dedicated fans who cheers them on and during their final song rushed the stage and headbanged and moshed. It was the first time I had ever seen moshing at Tom Lee Music hall. The promoters looked fearful as kids pushed each other and danced to Split Theory's crushing riffs. All the musical ideas were there but some songs weren't quite tight yet. I bet once they get their first album recorded at an actual studio the songs will sound amazing. Cant wait to the see the next show.