A view from the otherside of the mirror 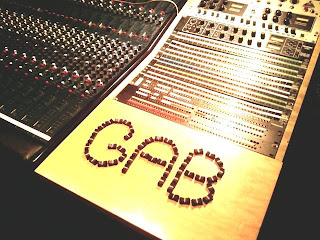 So many bands.. so little time. One the otherside of the band is the person behind the mixing board, promoter and venue. A good show is only half the bands.. the rest is the people working behind the scene. I chatted with Gabsung Lim who has been in the local music scene for years. He has been on both sides of the equation being both the band and a promoter around Vancouver. Enter the rabbit hole...

James: How would you describe yourself in the local music scene?
Gab: Well, firstly I am a local musician playing in bands such as Codex Madrid and Bone Chalice. I have been active in the scene since 2006, started playing at the Cobalt then started booking shows as part of Demigod Entertainment. Also I am a big an and supporter of local bands in general. I also produce local bands. I'm mainly recording at Bully Studios in New Westminster.

J: What bands have you worked with so far?
G: Meliah, Carthage, Tortorex, Bustfire and lots more. You can check out my blog to see a full list.

J: Sounds like a lot of bands. What do you find most appealing about the metal scene in Vancouver?
G: Wendythirteen's passion. Without her drive and integrity there would literally be nothing. The Cobalt is gone, but we still have Wendy and that's why there is still something of a scene left and we all owe it to her for keeping it together.

J: I know you witnessed the downfall of the Cobalt first hand. Can you tell me what happened?
G: Well, there is the excellent film "No Fun City", which has been in screening at various theatres all over the world. It contains pretty much all you need to know about the underground music in Vancouver and what it was around the time of the Cobalt's demise. And also the rise of the Rickshaw, which is a theatre turned venue. The exact reason why the Cobalt shut down is not clear, there were a bunch of little things like anonymous noise complaints, and then one day Wendy was pretty much forced to shut down by the landlord.

J: That sounds brutal. Did you play the final show there?
G: There were a few "final shows". We played the metal one of course. It was the only time I've ever played completely wasted. However, the REAL finale was the Subhumans show. It was probably the biggest show I've seen there and so the Cobalt definitely ended was a righteous bang!

J: At least it had the proper send off. So tell me a bit about promoting around Vancouver. Is it challenging?
G: It depends on the style of music you play, and what kind of following that genre has in the city. Also how good the music is. Sometimes people spend a ton of time and money and the show is pretty much empty, other times just make a facebook event and it's packed... so ya, it just depends on a hundred different factors.

J: Very enlightening. Any memorable shows you've played or set up?
G: I've set up a couple shows around 3 years ago when i was still in high school. Those shows kind of blend together because they were both at the Carpenter's Hall in New Westminster. They both were total gongshows. A hall filled with random high schoolers and metal-heads together is a rare sighting and seeing them moshing was both awkward and beautiful. They were called "New West Metal Fest 1&2". I'll probably bring it back one of these days.

J: That sounds epic. Any final comments to our readers about the local music scene?
G: Instead of spending money on a shitty movie... go see a concert and buy a drink for your friend with the left over change.

Be sure to check out Gab's blog at http://www.bagblog.posterous.com/

Check out his band Codex Madrid at www.youtube.com/codexmadrid
Posted by Hammer Records at 2:09 AM