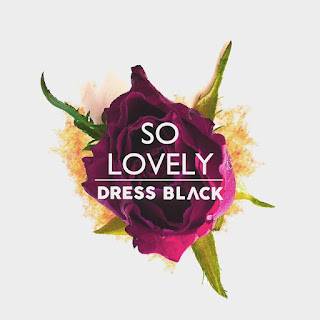 Toronto Band "Dress Black" is taking their indie sound right to Canadian Music Week. We quickly spoke with them about their upcoming performance.

Hammer Records: Tell us what you think of when you think Canadian Music?
Dress Black: The first thing that comes to mind is the sheer amount of incredible artists over the decades that have influenced music on a global level. Neil Young, Rush, Leonard Cohen, Feist, Arcade Fire. And right now we have Drake, The Weeknd, and Bieber dominating the charts. It makes you feel proud to be a Canadian musician.

What is even more exciting is the incomparable talent thriving in the indie music scene. We can only hope that people are recognizing what’s going on in the bars down the street; what’s playing on indie radio stations and user-submitted playlists. There’s an energy driving independent music right now and it’s a lot of fun to experience.

Hammer Records: How did you get involved in Canadian Music Week?
Dress Black: As musicians based in Toronto, CMW is a part of our lives every year. We know bands that have played the festival to resounding success and wanted to share in a part of it. We are very grateful to join the festival for the first time this year.

Hammer Records: What do you have planned for Canadian Music Week?
Dress Black: Cheerleaders! No, but seriously, it’s going to be a full-on dance party in there.

Hammer Records: What message do you want to send to Canadians listening to your music?
Dress Black: We want to say thank you to all the wonderful people out there who are supporting us and the music community. We write all our songs from a place of love and a shared appreciation of music past and present. If you have an instrument, play it! And if you want to dance… we’re here for you.

Dress Black: Our self-titled EP is available on our website. We’re celebrating its release with a huge show at the Cameron House.

We also have a couple of music videos in the works, which will be released over the next few months. A tour is imminent, but we'll talk more about that at a later date!
You can find all of our music and info at:
https://www.facebook.com/dressblackband/
http://www.dressblack.ca/
https://dressblack.bandcamp.com/
https://soundcloud.com/dressblack
Posted by Unknown at 12:05 PM