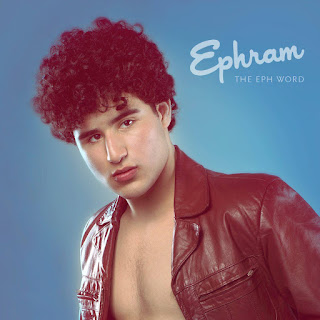 Vancouver's own Ephram is taking his Disco pop straight to Canadian Music Week. We chatted with him quickly about the upcoming performance.

Hammer Records: Tell us what you think of when you think Canadian Music?
Ephram: When i think Canadian Music, I think of lots of amazing up-and-coming talent that is now, more then ever getting the opportunity to showcase their work to the world thanks to mega stars such as Drake, Justin Bieber, The Weeknd etc… I think the world is starting to pay more attention to Canadian music and i look forward to seeing it get bigger and bigger.

Hammer Records: How did you get involved in Canadian Music Week?
Ephram: Canadian Music Week was always an event I wanted to play at, so last year when i moved out to Toronto to further pursue my passion of music I made sure i signed up in time and got the opportunity to play this years CMW.

Hammer Records: What do you have planned for Canadian Music Week?
Ephram: I plan to throw the funkiest show CMW history. My goal at every show is to get people dancing and having a great time.

Hammer Records: What message do you want to send to Canadians listening to your music?
Ephram: The only message id like to send to Canadians listening to my music is to keep supporting indie music, keep going to indie shows, keep supporting your friends if they are in music. Because all of your favourite superstars were all indie at some point in their career.

Hammer Records: Whats coming up for you?
Ephram: I am always in the process of writing music . Right now i have set a goal for my self to hit 100+ solid concepts/ideas before I begin work on my next project , that way it gives me the freedom to figure out the musical direction i want to take with my next project #RaceToAHundred. If anyone wants to follow along and listen to new clips and sneak peeks they can follow the #RaceToAHundred on my Instagram @ephicial or on Twitter @ephicial.  I have attached the rest of my social media links below.