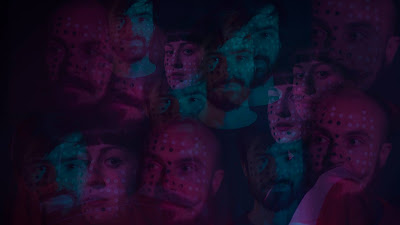 Welsh rockers HMS Morris are coming to Toronto for Canadian Music Week. We had a quick chat with them about their upcoming performance.

Hammer Records: Tell us what you think of when you think Canadian Music?
HMS Morris: When I was growing up Shania Twain and Avril Lavigne were huge in the UK so unfortunately I automatically associate them with Canadian Music (Sorry!). I am looking forward to the learning about the Toronto music scene which I've heard great great things about, hopefully when I leave Canada after the festival I will have far cooler Canadian music to appreciate.

Hammer Records: How did you get involved in Canadian Music Week?
HMS Morris: Canadian Music Week was recommended to us, so we applied via Sonicbids. We were over the moon when we received the offer to play. We played a lot in the UK last year so we are very eager to spread our music further afield.

Hammer Records: What do you have planned for Canadian Music Week?
HMS Morris: We're working on something super special but you have to be at the show to find out. I'm already co-ordinating my costume.

Hammer Records: What message do you want to send to Canadians listening to your music?
HMS Morris: There is a strong psychedelic movement in Wales and in particular Cardiff, artists like Cate le Bon and H Hawkline have flourished from there. We are highly influenced by that scene so hopefully our music can give Canadians a taste of that. We also perform part of our set in Welsh so it's a good chance for Canadians to brush up on their linguistics.

HMS Morris: We are releasing our debut album "Interior Design" in September, there'll be a UK tour and two single releases in the lead up.