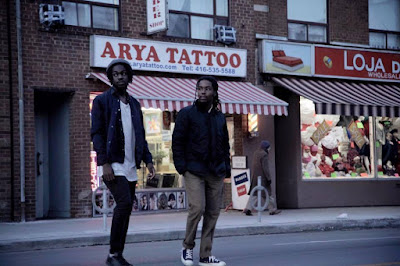 We had a nice chat with Howard Huge about their upcoming showcase at Canadian Music Week.

Hammer Records: Tell us what you think of when you think Canadian Music?
Howard Huge: We’re been following and going to cmw for 3 years now, and love what they’re been doing to just promote Canadian music and the scene in general across the country.

Hammer Records: How did you get involved in Canadian Music Week?
Howard Huge: As far as getting involved it was just a shot in the dark applying for it and we happened to get selected which is a big deal for us giving us validation that we’re doing the right thing.

Hammer Records: What do you have planned for Canadian Music Week?
Howard Huge: What we have planned for our show is to preform live renditions of our songs (which is much harder especially when it comes to electronic music) and also some remixes of songs we love.

Hammer Records: What message do you want to send to Canadians listening to your music?
Howard Huge: As far as words for Canadian musicians we would say that there is a support system in Canada, and it can be done here. There is so much that can be attained just from grants and all of the festivals supporting Canadian art no matter what genre.

Hammer Records: Whats coming up for you?
Howard Huge: What we fave planned for the future is another HOWARDhuge project in the works (about 20% done). Jacinth is working on a solo project which is about 50% 60% done. And INFT is also working on an album which is about 30% done. We’re always doing shows in Toronto that we usually post on our twitter page and Facebook page. All of our music is on our soundcloud page.