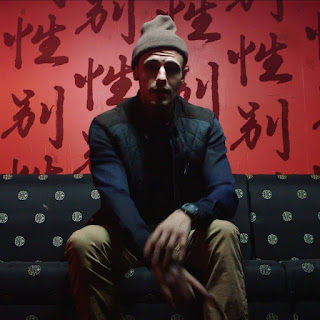 Being in a successful band is awesome, but being able to express yourself as an individual artist at the same time is fantastic! We had a quick chat with Joseph Rose from Aileron about his upcoming performance at Canadian Music Week.

Hammer Records: Tell us what you think of when you think Canadian Music?
Joseph Rose: When I think of Canadian Music in 2016 I think about some of the biggest artists in the world right now. From Drake, The Weekend, Justin Beiber all the way back to Bryan Adams, Celin Dion, Nickleback...to name a few. Canadian music right now has a massive influence on the world music industry, and it is inspiring as an artist.

Hammer Records: How did you get involved in Canadian Music Week?
Joseph Rose: I got involved with Canadian Music week by submitting. One of my advisors recommended that I submit to showcase. I submitted last year as well but luckily this year I get the chance to go!

Hammer Records: What do you have planned for Canadian Music Week?
Joseph Rose: For this year I plan to have the strongest set of my new songs laid out for my showcase as possible. I plan to network and market myself and Aileron as much as possible. Give away free Merchandise, CD's etc. I also plan to advertise and market my showcase time and location as much as possible in the months coming before the showcase, to maximize my exposure and to get as many viewers out as possible, as I know CMW has many showcases and venues going on at once.

Hammer Records: What message do you want to send to Canadians listening to your music?
Joseph Rose: Live long and prosper, spread love and make more.

Hammer Records: Whats coming up for you?
Joseph Rose: Currently I am working on 2 solo EP's,

- one produced by Swollen Members producer Rob The Viking (Vancouver),
- the other one with instrumentals produced by Pro Logic of Reps Up (Toronto).
Both records are set to release in 2016 with plans to drop a full album to drop in 2017. I will be releasing plenty of music videos and visuals for these records as well as touring North America.
- I have a new music video with Madchild for one of his songs that I was featured on called  "The Little Things" which is set to be released end of March early April 2016. The song is available online for purchase and download now.