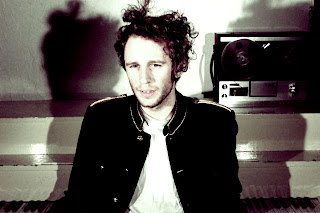 Montreal artist Eddie Paul will be bringing his music to Canadian Music Week. I had a quick chat with him about his upcoming performance.

Hammer Records: Tell us what you think of when you think Canadian Music?
Eddie Paul: Well, what comes to mind is  the French explorer Samuel de Champlain first arriving to the country at the beginning of the 17th century. I think of the first permanent Canadian settlements at Port Royal and Quebec City in 1608, and how from then, the country has produced everything from church and chamber halls, music conservatories and academies,  up to the Juno's, MuchMusic and Canadian Music Week.

Hammer Records: How did you get involved in Canadian Music Week?
Eddie Paul: Interesting story actaully. Some friends of mine in a band called Barren Acres, who are also on the line-up this year at the CMW, said, "dude we got accepted to play at Canadian Music Week!" And then I was like, "man,  really? Thats awesome, are they still accepting applications?" And they were all like, "totally". So I was like, " f#@k yeah".

Hammer Records: What do you have planned for Canadian Music Week?
Eddie Paul: I suppose we'll see the sights and the shows and meet the people, you know, that sort of thing. Really looking forward to it. Anything special planned for my performance? No, not that I will mention. You'll just have to come to the show and see what's looming ahead, rather.

Hammer Records: What message do you want to send to Canadians listening to your music?
Eddie Paul: Well, there's no one intended message per se, or that I would limit it to just Canadians. I'd say the songs are more stories and reflections of life than messages, but, maybe on the next record I will encrypt some!

Eddie Paul: Well, I'm working on some songs that could potentially end up on an album, spending time recording them and so on.  I will start some pre-prod for a new video for the spring and hopefully have it released by the end of summer/early autumn, and of course do as many festivals as possible this year.