Alter Your State Of Mind 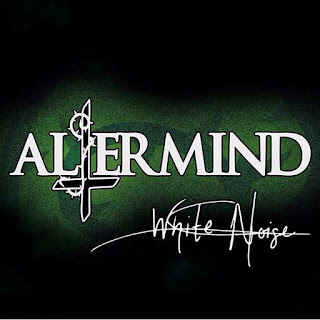 Evolution, change, growth. All of these are important as a musician but its even more important as a band. Reaching higher, wanting to reach for the stars. Altermind has released their new EP "White Noise" and its pretty awesome!

The intro just gets you into the mood, a steady heart beat slowly perking your ears up. The opening chords remind me of Avenged Sevenfold mixed with Thrice and Disturbed. The driving riffs that follow just make you think your being dropped into a Trivium album.

The first full track, called "Suffer" just didn't quite live up to my exceptions after hearing the opening intro. The sound is solid, catchy hooks, nicely full of reverb and delayed vocals as per their usual style. But it just sounded like more of a B-side from their first album than an opening single for the album. At times the drums and guitar seems a little over edited and don't have the natural flow. The vocals are super crisp and stand overtop of everything with pure dominance. I wish there was some more bass in this track, a thicker groove to really help this track move along.

"Let Me Out" brings a smile back to my face. This is what I was hoping to hear. Starting with a heavy groove that would make any modern rock fan happy. Straight to a sudden switch of groove which just paves the way for the vocals and piano. Perfect song structure to keep things interesting sonically as the track moves along. A huge drop just before the chorus which is nice, I just wished they had left out the high hat count in but the super thick chorus makes up for it and makes you forget it right away. I think the chorus hook could have been pushed a little higher to make it more edgy which would have made for the perfect hook. So far through the track the vocals have been steady around the same notes. I loved in the bridge a super high note, even just for one single note, it perked my ears up again and made the song sound fresh and we were coming into the almost final chorus. Personally I think the sound could have ended with the epic ending that would look so good on stage, but adding in a final chorus does tie things up in a pretty little ribbon.

"Back Rose" straight off reminded me of an Evanescence track. Some of my favourite melodies so far. This track with the synths hit really fills out and has the most natural groove yet. The dynamics are beautiful and really draw you in. Everything just sounds right with this track. The chorus is as catchy as heck and I will be singing it for days now. The guitar really steps it up time and takes a commanding presence. Its difference in tone from the other tracks is quite noticeable and a welcome change from the super lower scooped grunge sound in previous tracks. The harmonies and ad libs at the end just make me want to have this song on repeat. This is a single/ Music Video if I've ever heard one!

The last track, the title track, "White Noise" just gets tingles in my body listening to it. A super edgy beautiful intro leaving into an fantastically catchy guitar hook, morphing into a piano verse, but while still maintaining some great guitar riffs that pair nicely with the evolving piano line. All of it leading up to the best chorus in the whole album. This is Altermind at its best. Everyone gets a chance to speak musically, dynamics, diversity all rolled into a well crafted, well written track. Being the longest track on the album, I hope they do a radio edit to push to the radio while keeping the longer for live performances and for the album. It definitely wraps up the album nicely, ending with the same heart beat you hear at the beginning.

I give the album a total of 7/10 Hammers. I love the last two tracks but wish elements of those had been used more in the first two tracks.