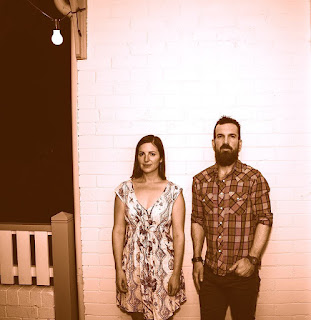 Hail down under! Peasant Moon from Sidney, Australia will be joining us at Canadian Music Week. We had a quick chat with them about their upcoming performance.

Hammer Records: Tell us what you think of when you think Canadian Music?
Peasant Moon: Some of our favourite artists are Canadian - Harvey's album of the year for 2015 was Daniel Romano's If I've only one time askin' and we incorporated an Americana version of an Alvvays song into our set when touring our debut EP last year.  Neil Young has always been a big influence.  And we're big Corb Lund fans too!

Hammer Records: How did you get involved in Canadian Music Week?
Peasant Moon: We were so excited when we were invited to play - we couldn't believe it!  We applied via sonic bids which is an excellent platform for understanding what gigs are available and applying for them.  It's our first time playing outside of Australia and we cannot wait.
There are so many awesome bands playing, it's going to be a big week of music for us!

Hammer Records: What do you have planned for Canadian Music Week?
Peasant Moon: Each show is going to be an opportunity to connect with a new audience and share our music with people who haven't heard us before.  Our fans say they love the variety in our music.  When you come to a Peasant Moon show, you get more than you might expect from a duo - Josie's bringing her full kit bag of instruments to Toronto.  We're also working on a new cover to show our respect for the local scene, there's a bit of a clue in our answer to your first question!
Also, since it's our first overseas festival we are going to be video blogging our experience.  If you come and say hi after a set we might include you in our blog!

Hammer Records: What message do you want to send to Canadians listening to your music?
Peasant Moon: If you are are Canadian and already listening to our music then we are super keen to meet you!!  Come on down to our shows and let's hang out after too.  We have a few copies of our debut EP to give away to fans while we're at Canadian Music Week too.
If you haven't listened to us yet then please check us out - you can stream our debut EP on Spotify or Apple Music and there are some live tracks also available on our Soundcloud (soundcloud.com/peasantmoonsongs).

Hammer Records: Whats coming up for you?
Peasant Moon: After Canadian Music Week we are heading to Austin, TX to record a track or two.  We'll release these singles later in the year.  We are super excited to be recording new songs, and being able to do it in Austin is a real thrill.
We've got a few winter shows lined up back in Australia in June, July and August.  We'd love one of the outcomes of Canadian Music Week to be the opportunity to come back to Canada and play more shows - if you sign up for our mailing list via our website (http://www.peasantmoonsongs.com) and we will keep you posted.
Of course, we are also on all the socials:
Facebook:  facebook.com/peasantmoonsongs
Twitter:  twitter.com/peasantmoon
Instagram: instagram.com/peasantmoon
Youtube:  youtube.com/peasantmoonsongs