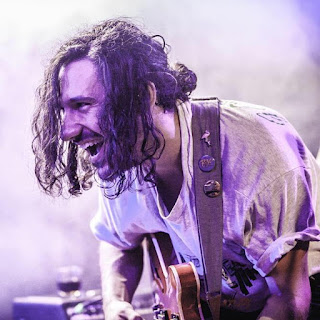 Folk/rock artist Timberwolf is going to be coming to Canadian Music Week. We had a short chat with him about his upcoming performance.

Hammer Records: Tell us what you think of when you think Canadian Music?
Timberwolf: Having never been there it's hard to really think much. I'm hoping to be surrounded by some pretty incredible nature, cold air and a collection of inspiring people brought together through music.

Hammer Records: How did you get involved in Canadian Music Week?
Timberwolf: I think this all happened after Bigsound, which is an industry showcase in Brisbane. I remember playing a pretty emotional set, and then some people did some talking and now I'm about to fly up to Canada - very cool.

Hammer Records: What do you have planned for Canadian Music Week?
Timberwolf: I'm definitely trying to keep it pretty simple and to the point. I think as long as you're performing with honesty, for me that speaks louder than any trick ponies.

Hammer Records: What message do you want to send to Canadians listening to your music?
Timberwolf: I write from a pretty vulnerable place, so there's a lot to discover for anyone that's willing to go there with me.

Timberwolf: I'm one song down, writing and recording the first half of my forthcoming debut album at the moment. Very exciting. I'm pretty sure you can get my music on all the usual spots now, iTunes, Spotify, maybe not Apple music yet but I don't know?
Social Media Links - FACEBOOK // SPOTIFY // YouTube // iTunes
Posted by Unknown at 8:03 AM