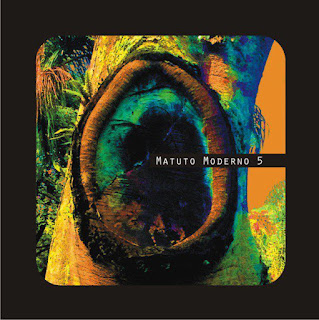 São Paulo rockers Matuto Moderno are coming to Toronto to spread their music. We spoke with the band about their upcoming performance at Canadian Music Week.


Hammer Records: Tell us what you think of when you think Canadian Music?
Matuto Moderno: Canadian Music Week is one of the biggest music conventions around the world and we are very happy to show our music for so many persons mainly considering this is a type unknown music outside of our country.

Hammer Records: How did you get involved in Canadian Music Week?
Matuto Moderno: The inscription was done by “Sonicbids”; in Brazil there is one convention similar as “CMW” called “SIM São Paulo”. In “SIM São Paulo”  they talked too much about CMW.

Hammer Records: What do you have planned for Canadian Music Week?
Matuto Moderno: We have two showcases booked; one in the “Supermarket” on 4th, May and the other in the “Cavern Pub” on 7th, May 2016. We will attend the convention every day and we would like to do radios, TV’s interviews and any kind of disclosure possible.

Hammer Records: What message do you want to send to Canadians listening to your music?
Matuto Moderno: We do one Brazilian music not too much common outside our country; we mix our traditional  music from inside the country with rock; who will hear, certainly will experience something different


Matuto Moderno: We have 17 years old of band with 05 launched albums; also the other members of the band have side projects; we are presenting our music in Canadá for the first time.
http://www.matutomoderno.com.br
https://www.facebook.com/matutomoderno/
https://www.youtube.com/channel/UC-0UBAYebxP9elK72c_pz7g
Posted by Unknown at 7:38 AM