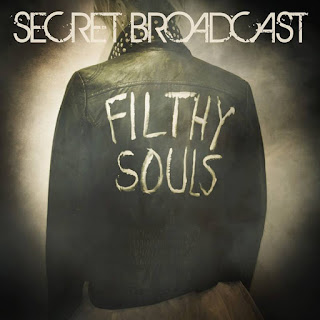 This alternative rock band will be hitting the stages of Canadian Music Week. We had a quick chat with Secret Broadcast about their upcoming show in Toronto.

Hammer Records: Tell us what you think of when you think Canadian Music?
Secret Broadcast: I think of a lot of very talented musicians from coast to coast and Stompin Tom, mostly Stompin Tom.

Hammer Records: How did you get involved in Canadian Music Week?
Secret Broadcast: We've all been part of CMW in various projects before we came together as Secret Broadcast, so when this band started it was a no brainer to be part of the festival and we have every year since. CMW is a great way to meet a lot of great bands,industry, music fans and to see some cool shows.

Hammer Records: What do you have planned for Canadian Music Week?
Secret Broadcast: You're going to have to come to the Supermarket at 9 pm on May 2nd to find that out, but it may or may not involve a Stompin Tom cover.

Hammer Records: What message do you want to send to Canadians listening to your music?
Secret Broadcast: That's a good question. I think that it's important to support Canadian musicians at all levels, we have a lot of talented people in this country. It doesn't matter if you're seeing an artist at the arena, rock club or legion hall just make sure you go see them.


Secret Broadcast: We are about to spend the summer in the studio recording our second LP for eOne Music Canada. It's a pretty exciting time and we're really enjoying the new material we've written. But if you want to see us before we lock ourselves away you can see us April 19 at the Mod Club supporting our friends in the Subways and of course May 2, 9pm at the Supermarket for CMW.
If you want to find out more about the band you can find us at www.secretbroadcast.com , www.facebook.com/secretbroadcast or feel free to send us an e-mail at theband@secretbroadcast.com.
Posted by Unknown at 10:34 AM