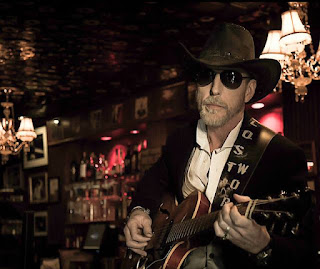 RJ Comer just released a new music video and is preparing to perform at Canadian Music Week. We had a nice chat him about his upcoming show.


Hammer Records: Tell us what you think of when you think Canadian Music?
RJ Comer: I have not found one “sound” I would identify as defining Canadian Music. Instead, my understanding of Canadian music comes from Canadian music fans. Playing in Canada, I noticed that Canadian music fans will turn out and passionately support indie artists, but Canadians are not trend lemmings; they aren’t seduced by “buzz” or celebrity. They make their own decisions about what they think is good, and they seem to universally agree on one requirement—the artist has to be authentic. I haven’t found Canadian music fans to be very tolerant of artists who are trying be something they’re not. So Canadian music is about being true to who are and what you’ve experienced, and resistant to any kind of pre tense.

Hammer Records: How did you get involved in Canadian Music Week?
RJ Comer: My road to Canadian Music Week really started on Twitter two years ago. A really quirky talented Victoria BC band – Swamp Music Players – started following me and was really into my music. They introduced me to a Canadian fan base, and I did a feature track on their 2015 LP “Timeless Cool.” Swamp Music Players encouraged me to come to Canada, so I headed up to play in Victoria and Vancouver. SMP and their fans pulled out all the stops promoting me, and we even did a show together at The Railway Club. That was in May 2015. So this year, I wanted to come back to Canada and reached out to a Canadian talent booker who had booked me in Vancouver last year. I enlisted his help getting CMW’s attention and was invited to come. I’m super honored to be accepted at CMW and to have the opportunity to again share my music with a Canadian audience.

Hammer Records: What do you have planned for Canadian Music Week?
RJ Comer: I’m going to be as much a fan as I am an artist, checking out as many shows as I can see while I’m in Toronto. I’m stoked to see Matt Hoyles at The Paddock on May 5. Matt’s a fantastic roots blues artist originally from New Zealand and now living in Vancouver. Matt is one of those rare solo artists who can fill a stage with his sound and his energy, employing his whole body to make the music. I discovered Matt when I was playing
British Columbia last year, and CMW is a great place to discover other inspiring artists like Matt.
As for my own show at The Paddock on May 6, I’ll say this… of the old guys playing CMW this year there’s Stevie Vai, Tommy Stinson… and me. What I mean is, most of the artists are pretty young and that’s as it should be. But what stands out about my set is it tells genuine stories from decades of hard knocks, good laughs, and many miles. Also, in appreciation of Canadian fans and CMW, I will be giving away autographed CD’s after my show while supplies last.

Hammer Records: What message do you want to send to Canadians listening to your music?
RJ Comer: First… THANKS, thanks for listening and thanks for making me feel so welcome when I first came to Canada. Admittedly, I don’t write songs that could appropriately play underneath a laundry detergent commercial. But I haven’t lived a life like the ones depicted in laundry detergent commercials. I ask anyone listening to my music to simply be willing to go on the journey with me. We will be going into some dark places, but I promise we will emerge into the light.


RJ Comer: Thanks for asking and for giving me this opportunity to share a bit myself with your audience.
My current EP Nightly Suicide was released March 25 and is available at all on-line sources. CD’s are available at my live shows. You can find me and my music and we can interact with each other at: Website: http://www.rjcomer.com Facebook: facebook.com/RJ.Comer.Music YouTube: https://www.youtube.com/channel/UC6xL_S3OvLcggoBjil0KxMA
As for touring, CMW is almost the end of my Spring touring season. On May 8 I’m in Chicago at The Elbo Room, and then I’m back home in Los Angeles for a while to write some new material. I’ll be hitting the road again in September; stay tuned for dates.
Posted by Unknown at 10:41 AM