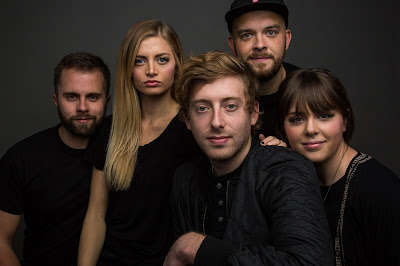 Electronic Folk Pop band The National Parks are coming to perform at Canadian Music Week. We had a quick chat with Brady their frontman about their upcoming show in Toronto.


Hammer Records: Tell us what you think of when you think Canadian Music?
Brady: I guess what comes to mind first is a list of some of the really great Canadian bands and at the top of that list for me is Arcade Fire. They'd be at the top of a lot of lists for me actually, not just Canadian. A newer Canadian group I like a lot is The Strumbellas.

Hammer Records: How did you get involved in Canadian Music Week?
Brady: We were contacted by CMW and asked if we'd be interested in performing this year. We jumped on it immediately. It will be our first Canadian show and we're all pretty excited about it.

Hammer Records: What do you have planned for Canadian Music Week?
Brady: Unfortunately we'll be routing through fairly quickly so we won't be able to spend as much time in Canada as we'd like. We'll definitely have to make another trip through in the near future. And yes, we're working on some special live variations with a couple of our songs that we plan to play for the first time on this tour leg.

Hammer Records: What message do you want to send to Canadians listening to your music?
Brady: A part of the reason that we chose our band name is that it implies a sense of grandeur or beauty or meaning that can be found in the physical places surrounding us. Canada is much like the US in that there is a lot of diversity with landscapes across the country and so much beauty in all of them. I think one message our music might convey is that wherever you are you can find beauty/truth/meaning in it.


Brady: A lot of touring in the immediate future. We've hit most of the major US cities coast-to-coast so in addition to making return trips we'd like to add a bunch of new cities to our list. We love getting out there and playing live. It fuels everything else we do. And I'm always writing so it probably won't be too long before we're getting back into the studio to record some new songs but nothing set in stone there yet. Our music can be found just about anywhere people listen to music nowadays  - Spotify, iTunes, etc.
Social media links:
Website: http://thenationalparksmusic.com
Facebook: https://www.facebook.com/thenationalparksmusic
Twitter: https://twitter.com/TheNatlParks
Instagram: http://instagram.com/thenatlparks
Posted by Unknown at 9:03 PM