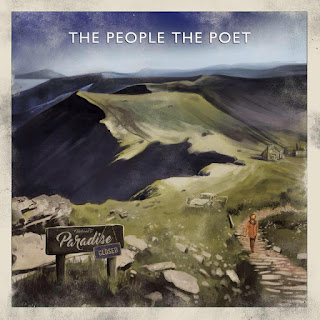 We had a nice chat with The People The Poet, about their upcoming show at Canadian Music Week in Toronto.


Hammer Records: Tell us what you think of when you think Canadian Music?
The People The Poet: If someone asked us as a band to pick our favourite Canadian bands or artists we would probably say Arcade Fire, and maybe Avril Lavigne and Sum 41 when we were younger! Also our bassist Pete is a massive Rush fan! To show how many different genres of music we listen to I personally quite like to listen to stuff from Tegan and Sara to Neil Young. Our singer Leon is a big Joni Mitchell fan too

Hammer Records: How did you get involved in Canadian Music Week?
The People The Poet: We know a couple of welsh bands that have performed there in the last couple of years so we thought we should apply and luckily we got accepted. We've done SXSW so wanted to try something different and we have all wanted to go to Canada, we've heard great things about Toronto!

Hammer Records: What do you have planned for Canadian Music Week?
The People The Poet: Like always we hope to just put on a great rock n roll show. We recently purchased some Welsh flags so we might take them with us and hang them up onstage to fly the flag for Wales

Hammer Records: What message do you want to send to Canadians listening to your music?
The People The Poet: We feel our music is very North American influenced and we hope to win over as many fans as possible. Also hello to Pete's relatives who live in Canada!


The People The Poet: We've just released our brand new 6 track EP "Paradise Closed" and we couldn't be happier with the reception! We've got the odd gig here and there but hopefully some tours towards the end of the year
www.thepeoplethepoet.com
www.Facebook.com/thepeoplethepoet
www.twitter.com/people_poet