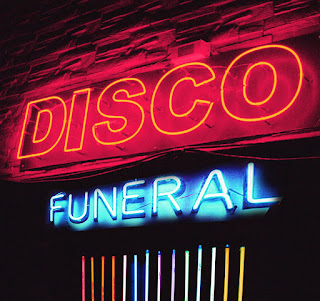 For a band that was just murdered by their lead vocalist, Disco Funeral has been making quite the waves in the Vancouver music scene. The Vancouver Craft Beer Week is coming up! Lots of events, samples, and lots of music is coming up at multiple locations. 99.3 CFOX is putting on a fantastic contest where you can vote for your favourite band to perform at the VCBW event at the PNE.

Hammer Records: What are your coming up for your band? New songs? Videos? Shows?
Disco Funeral: We've just released our first music video for our first single, "Monkey on My Back"
Www.YouTube.com/discofuneral
We're tightening up ours songs to record an album in the fall. Were playing the 4/20 festivities at 12:50pm. Were playing The Hindenburg on May 27th. We're headlining The Squamish Wind Festival. And we're heading out on a mini Sunshine coast tour May 21-22nd. There's a lot happening in the world of Disco Funeral right now! We're so grateful to have so much support!