The Right Side Of Town! 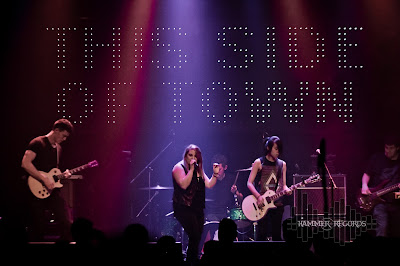 We were very excited upon making our way downtown to see this bill of great bands perform at VENUE. We couldn't wait for a night of great sounding music and bright lights! We were a bit disappointed at the fact that the first two bands didn't get either of those. I don't know if they were trying to "save power" or "not make the rest of the bands look as good as the headliner" but it was SO DARK for the first two acts. We've seen plenty of shows there and know that they have some killer lights. But for the majority of the show, they seemed to only use a few of their lights. Maybe their lighting guy didn't come in until later? The last band, The Faceplants, had some great lights behind their set, but it was slightly disappointing to not see the same light show for the other two bands.

Another quick note before I dive into the review about these three awesome bands. The sound was off almost the entire night. The kick drum and bass were basically the entire mix, there was quick a lack of guitars. I noticed there was someone else mixing the last band and they sounded pretty tight. But for the other two bands it seemed like the mix was more of a club dance mix than some great rock and pop rock sounds. The sound guy even cut off the second band as they launched into their last song of the set. I know that there is set times and bands should respect them, but I haven't seen a sound guy cut off a band and blast the background music trying to get them off stage. Just let them play their last song, push things back maybe the few minutes it would have taken. Quick side note, it was the loudest background music between sets I've heard. You couldn't have a conversation even if you are standing next to each other without yelling. No need for it to be THAT loud. 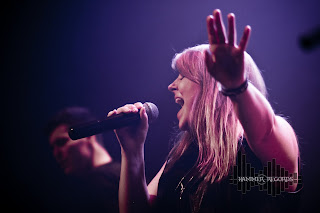 The first band of the night This Side Of Town, this Pop Rock group has been around the scene for a long time and has really been polishing their song writing and performance and gathered quite a following through their great videos and awesome social media presence. It was a blast seeing them perform live. Their presence on stage was great and seeing them fill the stage was awesome. They seemed quite comfortable on a stage that size and I could see them working well at Warped Tour. A few slips of notes from their lead guitarist took away from some of their big moments but I think with some more bigger shows they could be festival ready! I would love to see them rock the Richmond Night Market thats taking artist applications right now!

I give This Side Of Town 8/10 Hammers
Check out their Facebook page HERE. 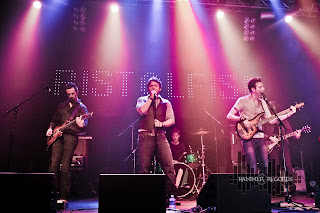 Pistolfish took the stage next and laid down their blues influenced rock. They were solid in their sound and their songs sounded great (minus the mixing issues I mentioned earlier), I wish through their performance matched their songs a bit more. A little grittier, blues-ier, with a bit more suave. Putting on a persona for the stage can really help bring the songs to live. Thinking of different ways to present your music doesn't have to draw away from your music. But when your playing a big stage like VENUE it sometimes takes more than just sounding great to really capture an audience. Their last song (before they got rudely cut off from the sound guy) was my favourite, huge sound, great flow.

I give Pistolfish 7/10 Hammers
Check out their Facebook page HERE. 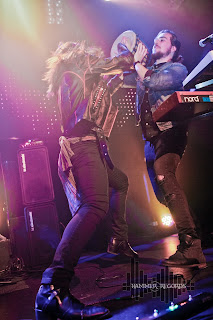 We finished off the night with The Faceplants. We've seen them grow as a group and have kept our eye on them for a while now. After their latest release we couldn't wait to see their first 2016 hometown performance as they launched on a new tour. After a lengthy time waiting for them to set up we finally got to see them just kill it up on stage. I could tell after a long time crafting both their songs and performance into a solid touring machine, this is the tour that everything is going to pay off. If they put this performance on at all of their shows then they will for sure leave a mark in peoples memories. Their songs sound like an great blend of influences along with the classic Faceplants sound that we've known and loved for years. Everyone looked like rockstars and acted the part. This is a prime example of putting your best foot forward image wise that just takes your music to the next level. Keep your eyes on these fellas as they rise to stardom!

I give The Faceplants 9/10 Hammers
Check out their Facebook page HERE.
Posted by Unknown at 7:19 PM