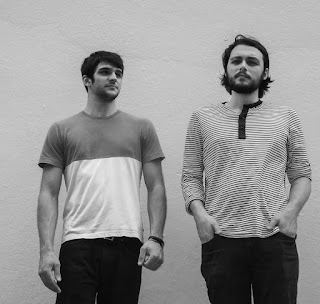 New Yorker's The Glazzies are coming to Toronto! We had a quick chat with them about their upcoming performance at Canadian Music Week.


Hammer Records: Tell us what you think of when you think Canadian Music?
The Glazzies: Neil Young.

Hammer Records: How did you get involved in Canadian Music Week?
The Glazzies: We first got involved with CMW during last year's festival and played some of our best shows. Toronto has always been a favorite city of ours and are really psyched to be coming back!

Hammer Records: What do you have planned for Canadian Music Week?
The Glazzies: Well, our first showcase happens to be on our drummer Dave's birthday, so I imagine there will be some beers involved. We have been working on some new songs and will probably test some of them out at the shows.

Hammer Records: What message do you want to send to Canadians listening to your music?
The Glazzies: At the end of the day, it just boils down to the songs. We try and write the best songs we can and play the hardest we can each show. Hopefully they are walking away from one of our shows saying that they had a good time.


The Glazzies: This year we are releasing our new record Kill Me Kindly, and are currently setting up a tour for it's release. It has been a long time in the making and will be announcing a release date very soon!
https://www.facebook.com/theglazzies/
http://theglazzies.bandcamp.com
https://soundcloud.com/the-glazzies
Instagram & Twitter - @theglazzies
http://oldflamerecords.com
Posted by Unknown at 12:24 PM