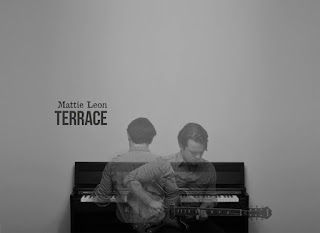 Mattie Leon will be performing at this years Canadian Music Week. We had a few words with him about his upcoming performance.


Hammer Records: Tell us what you think of when you think Canadian Music?
Mattie Leon: When I think of Canadian Music I think of a few things. I think of the rich tradition of singer/songwriters and bands this country has offered over the last half century and the effect they've had on the rest of the world. I think of songwriters who take stock in important issues and who devote themselves to their craft. I think of the talent that cities like Toronto have in small bars and clubs that goes unnoticed and the buzz that's created when a Canadian act begins to "make it" on a larger scale. Obviously in recent years the pop world has been busted wide open by Canadian Artists like Drake, Bieber, and The Weeknd and, although it doesn't fit in with what I'm doing, any kind of attention north of the border is a major bonus for the whole country. When I think of Canadian music I think of hearing about The Band playing at Le Coq d'Hor with Ronny Hawkins or I think of Page/Roberston co-writes. I think of watching Sam Roberts Band or the lyrical prowess of political Cockburn. I think of independent labels like Dine Alone and Six Shooter Records taking chances on interesting music.

Hammer Records: How did you get involved in Canadian Music Week?
Mattie Leon: I applied for the festival and was chosen to play! I've played in CMW a few times with another band I was in, The Sweet Mack, but this will be my first time as a solo artist. I'm very excited.

Hammer Records: What do you have planned for Canadian Music Week?
Mattie Leon: I plan on hitting up as many shows as I can; shows of friends of mine in the music community and some shows of people I've been meaning to check out. I'm going to be networking as much as possible in hopes to get my material into new hands and to possibly find myself some management.

Hammer Records: What message do you want to send to Canadians listening to your music?
Mattie Leon: I would like Canadians to know that I'm forever appreciative that they've taken the time to listen to my music. I work very hard on writing and producing my stuff and I've worked day jobs for years to be able to finance my love affair with music. If you like what you hear just hang in there with me for a little while, I'm not going anywhere, and I think that I have a lot to offer for listeners who appreciate heartfelt and honest songwriting.


Mattie Leon: Lots going on! I have two songs coming out in the spring as a double A-side (Holloway and So Much More With Me). The tunes have a very bright acoustic vibe and each will be accompanied by a video. I'll be promoting the songs with shows through May and June and at the end of July I will be doing an Ontario/Quebec tour with a kick off show at The Cameron House on July 22nd. If you're interested in what I'm up to you can check out my website and links here:
www.mattieleon.com
*All my music is available on iTunes, Apple Music, Spotify and all digital outlets
instagram: @mattieleonmusic
Facebook.com: Facebook.com/mattieleonmusic
Bandcamp.com: www.mattieleon.bandcamp.com
Posted by Unknown at 8:43 AM