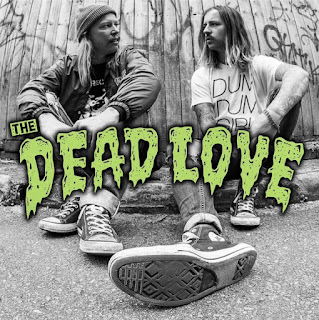 Another band from down under is coming to Toronto! The Dead Love is bringing their brand of Punk Rock to Canadian Music Week. We had a quick chat with the band about their upcoming shows.


Hammer Records: Tell us what you think of when you think Canadian Music?
The Dead Love: Beer, burgers, babes and a little music in between haha - but on a serious note, we think 'opportunity' for the band to establish relationships and to build a musical home away from home - we're F%^king pumped to say the least to be performing this year!

Hammer Records: How did you get involved in Canadian Music Week?
The Dead Love: A good friend of ours Leon Harrison (aka the Australian Dreamer) plays in Australian band The Lazy's, they've done allot of touring in Canada and he really felt it would be a great country for us to be seen in - so we submitted for CMW and fortunately we where selected so game on! Also further to this it seems Australians and Canadians have a great affinity with each other not only being fans of each countries bands but also as people, we love hanging in Canada and you guys love hanging here, it's a good vibe and it all makes sense.

Hammer Records: What message do you want to send to Canadians listening to your music?
The Dead Love: Have fun, bang your head and sing along, we believe it's what we're here to do and we want the listeners to share as much of that feeling as they can!


The Dead Love: Whilst in Canada we will be doing a small runs of shows outside of CMW (check the website for details) promoting our single 'Wastelands' that's out now (through iTunes, Spotify, Amazon and all the other platforms), we will be dropping our second album 'So Whatever' mid year with a national tour in Australia and all gong to plan be back in Canada to tour the album late 2016.
www.thedeadlove.com
www.facebook.com/thedeadloveband
Instagram: @thedeadlove
Twitter: @thedeadloveband
Youtube: www.youtube.com/user/thedeadloveband
Posted by Unknown at 3:32 PM