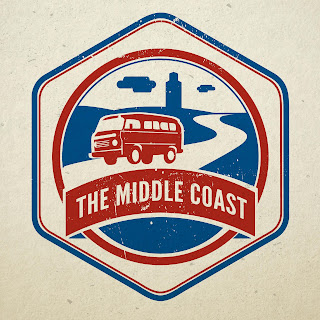 Formally "Until Red", Manitoba rocks The Middle Coast are bringing their Yacht rock to Canadian Music Week. We had a nice conversation about their upcoming performance in Toronto.


Hammer Records: Tell us what you think of when you think Canadian Music?
The Middle Coast: Quite simply I think of some of the best music in the world. Of course we Canadians are proud of our "Greats", artists like Burton Cummings, Brian Adams and Shania Twain but Canada is pumping out some incredible artists right now. Bands like Mother Mother, The Walkervilles and The Bros. Landreth are top notch musicians with amazing songs, we have a lot to be proud of.

Hammer Records: How did you get involved in Canadian Music Week?
The Middle Coast: If you are trying to make music your career it's likely that you know about CMW. We have been planing on showcasing at CMW for a while and now the band is truly ready to show the industry what we've got!

Hammer Records: What do you have planned for Canadian Music Week?
The Middle Coast: We've got a streamlined, high energy show full of singable choruses, huge harmonies and smooth transitions... its going to be a blast.

Hammer Records: What message do you want to send to Canadians listening to your music?
The Middle Coast: Come on out to the Dakota Tavern on May. 7th at 9pm. If you like Hall and Oates, The Eagles and Steely Dan.. you may find a new band you like!