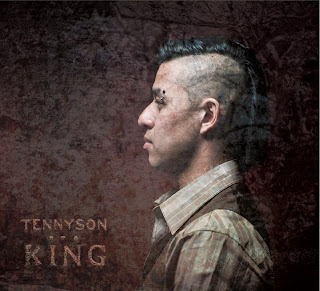 The King is coming to Canadian Music Week! Mississauga boys are coming to Toronto and we had a quick chat with them about their upcoming performance.


Hammer Records: Tell us what you think of when you think Canadian Music?
Tennyson King: Canadian Music Week is an great week of meeting musicians, bands, and industry all around Canada, the States and around the globe.  Lots of great music to check out through out the week.

Hammer Records: How did you get involved in Canadian Music Week?
Tennyson King: I started off volunteering and have been playing in the festival for the past couple of years.

Hammer Records: What do you have planned for Canadian Music Week?
Tennyson King: I plan on checking out some of the music panels, a bunch of shows and seeing some friends coming in from out of town for the festival.

Hammer Records: What message do you want to send to Canadians listening to your music?
Tennyson King: Thanks for listening to my music and if you haven't yet, listen to the record sitting on a dock by some water.


Tennyson King: I just put out a music video: https://youtu.be/3nCa-DKOgj0
I'm writing for a the new full length album at the moment and will be playing festivals and shows around Canada this summer.  My next show that's before CMW is at The Tennesse in Toronto April 21st 9pm.  For CMW you can catch me at The Paddock on May 2nd at 8pm.
You can get my music on iTunes, bandcamp, stream on Spotify or get a hard copy at my shows.
www.tennysonking.com
www.facebook.com/tennysonkingmusic
www.twitter.com/tennysonking
www.youtube.com/tennysonking
Posted by Unknown at 10:46 AM