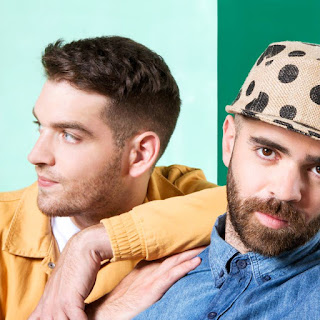 Montreal based group Pif Paf Hangover will be performing at Canadian Music Week. We had a great chat with them about their upcoming performance.


Hammer Records: Tell us what you think of when you think Canadian Music?
Pif Paf Hangover: Nothing in particular. This is hard..... I thought about it for a while, kept that question for last. I don't want to get too academic and trace the influences throughout history, BORING!
All I can think of is the word organic for some reason. I feel canadians have been making awesome music across all genres but the one thing that strikes me as being true is we make organic music. We are a really chill people (in general), in tune with nature. It's insane how the land influences the themes and sounds of music. I love brazilian music for instance, it's very warm with sounds reminiscent of the jungle, waves, water, sunshine.
So I wouldn't say our music is cold, I'd say it's cyclic, it's about rebirth, contemplation of vast lands, an appreciation of the grandeur and strength we can't conquer, the reflections of hibernation and the all out madness of the warm days. If that means anything...

Hammer Records: How did you get involved in Canadian Music Week?
Pif Paf Hangover: We were supposed to play last year after we released our first album but the timing wasn't right. We ended up playing Lee's palace later on anyway and had a blast! Met some awesome Toronto folks and here we are. We are super grateful for the opportunity to be a part of CMW this year and we can't wait to play and hear other bands.

Hammer Records: What do you have planned for Canadian Music Week?
Pif Paf Hangover: We've been practicing every day for months now... We put an awesome rig together so the show is a cross between a dj set and a live performance. It's like a little lab, we're always touching something different, drum pads, effect processors, keyboards, whatnots! It got us making very interesting tones and sounds. It's very entertaining (I believe) to see us create these sounds with all these mediums, it makes for an intricate choreography where all the pieces of the puzzle fit together in a groovy mix of genres. Some kind of electronic-post-funk-sophisticated-blue-eyed-soul two men juggling routine. But don't get mislead, it's a live show, we sing all the parts and play guitar and keys. We're special ;)

Hammer Records: What message do you want to send to Canadians listening to your music?
Pif Paf Hangover: It's definitely happy music to dance to in general. If there is a recurring theme it's definitely the glory of women. We are big fans! It's an ode to strong, independent, autonomous, travelling women. So the message would be respect and love the women that surround you, take life lightly, breathe, dance and don't be an asshole. Pretty simple but complete.


Pif Paf Hangover: We're putting the finishing touches on a new record, with maybe a couple weeks of mixing and mastering left. We're already getting a lot of shows booked for summer and fall 2016 but I'm guessing we'll be much busier when the record drops.
You can listen to our previous album Curry Love on bandcamp , there's also a remix EP and our very first EP available on the same site.
If you want all the latest like us on FB. You can also follow us on instagram @pifpafhangover.
Posted by Unknown at 12:00 PM